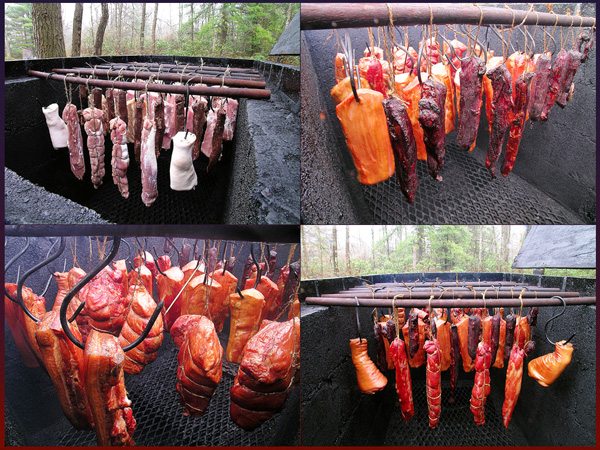 One method of preserving meat for prolonged storage is to smoke it. There are compounds in hardwood smoke that provide antioxidant and antimicrobial protections as well as the distinctive taste and aroma. This process, born out of necessity, has grown into a tradition for many families and a commercial enterprise for others (beef jerky).

Generally, hardwood chips are used to smoke meat. Hardwoods contain much less resin than softwoods such as pine, where the resins impart an unpleasant flavor. Even in hardwoods the quality of flavor varies.

Mesquite has good flavor while other, softer hardwoods are lacking. This is sometimes attributed to the higher burning heat of mesquite, which could produce more of those compounds that may contribute to the flavoring of the meat.

Smoke itself may not have originally been seen as a way to preserve meat. However, it has been shown that heat used to dry out foods will preserve meat longer. Meat and fish will not go rancid as quickly when dried, and smoke lends that smoky aroma and taste to otherwise dry bland meat. The constituents of smoke, like phenols, slow rancidity.

Other compounds such as formaldehyde produce an antibacterial effect which helps to slow the breakdown of organic material by bacteria. Smoking meats is not a complete preservation method since the smoke does not penetrate the meat; which means its effects are on the surface only. Thorough drying will complete the process of preservation.

Phenols and formaldehyde occur because of the incomplete burning of gases. Though these compounds have beneficial effects, they are also carcinogenic (cancer causing). Meats and fish absorb other compounds through smoke such as nitrates. This in turn, could change to nitrites in the body, causing low blood oxygenation.

Having a method to preserve food without refrigeration takes a smaller slice out of the financial pie. Knowledge of these kinds of methods; which were once very common to everyone, will pay off in big dividends in the areas of greater financial and personal independence.

Earlier generations smoked meats and fish to put by when needed. The next generation can pick up where they left off – ushering frugality back into fashion. 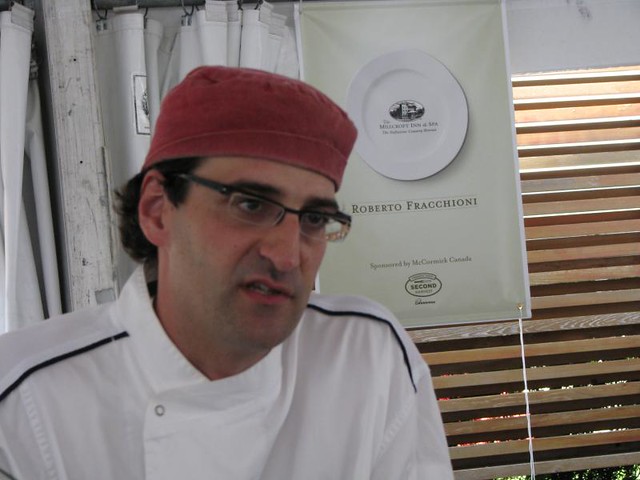 For some out there, the stereotypical spa meal involves raw celery, carrots and obscure berries. One visit to Alton Ontario’s Millcroft Inn & Spa, and in particular to Chef Roberto Fracchioni’s tasting menu, is enough to dispel this myth.

A Room With A View

Seated in a beautifully appointed sun room, overlooking a gently flowing Credit River through the vast windows, the dining room is an ideal venue for sunset salutations prior to an evening of feasting under the country moonlight. The service is attentive yet personable, the atmosphere warm and inviting, giving the fine dining experience a friendly sheen. As one who feels that the bread basket is a fine indicator of the evening to come, it is pleasing that in this instance, the smoked potato bread and nut butter forecast quite the night.

The amuse bouche of venison tenderloin and berry pistachio compote is fruity, earthy and its freshness carries promises of spring, especially with the accompanying effervescence of Henry of Pelham’s Catherine Cuvée. Chef Roberto’s first offering is pork done three ways, which include a smoky tenderloin delicately balanced with apple jelly, a pork belly with shallots and a rillette on candy-striped beets.

Having Fun with Food and the Night’s Best Dish

Fracchioni has fun with his ingredients and draws inspiration from various cuisines, including his Asian-inspired Arctic Char with soba noodles in a salty nam jim sauce, fantastically balanced by the smoky sweet finish of a roasted red pepper. Genuinely interested in where his food comes from, he is truly excited to learn that he can source locally made soba noodles in Mississauga and immediately starts firing off questions – where, how and when. Although his inspirations may vary, the menu maintains its cohesion by maintaining straightforward flavours and simplicity. This is nowhere more evident than in the (arguably) best dish of the evening, his traditional handmade Pisarei pasta. A straightforward recipe by his own admission (if you’re a professional chef maybe), Chef Roberto learned how to make the Milanese bread dumplings (reminiscent of gnocchi) from his Zia Zelinda. He is almost apologetic at receiving the accolades, dismissing the dish as “so simple and easy to make” (again, if you’re a professional cook maybe). Served with nutty flageolet beans and earthy porcini and king mushrooms, then rounded off with a glass of Tiefenbrunner Pinot Gris, this simple “peasant” dish is an absolute delight.

The balance of the tasting menu includes locally sourced venison, including a foie gras topped mini-burger as well as fantastic elk tenderloin served with black trumpet mushrooms and a duck confit stuffed sweet pepper. As the meal tapers down, a generous wedge of Spanish idiazabal cheese from the Basque region is proffered, its nutty saltiness balanced with a truffled compote of berries. In a nod to the restaurant’s willingness to support local endeavours, our wine pairing for the cheese course is a Cabernet Franc from the Niagara College Teaching Winery.

And just as you think that you can absolutely do no more, dessert arrives in the shape of a deconstructed apple pie served with whisky ice cream, granola and honey “pearls”. Throughout the meal, a very attentive Patrick Field ensures that diners are happy and proves to have a wealth of “vinformation”. The evening is topped off with a glass of rare 1974 Rivesaltes Ambre’ hor’d Age, its port-like smoothness providing the perfect and decadent finale to a pampered evening. 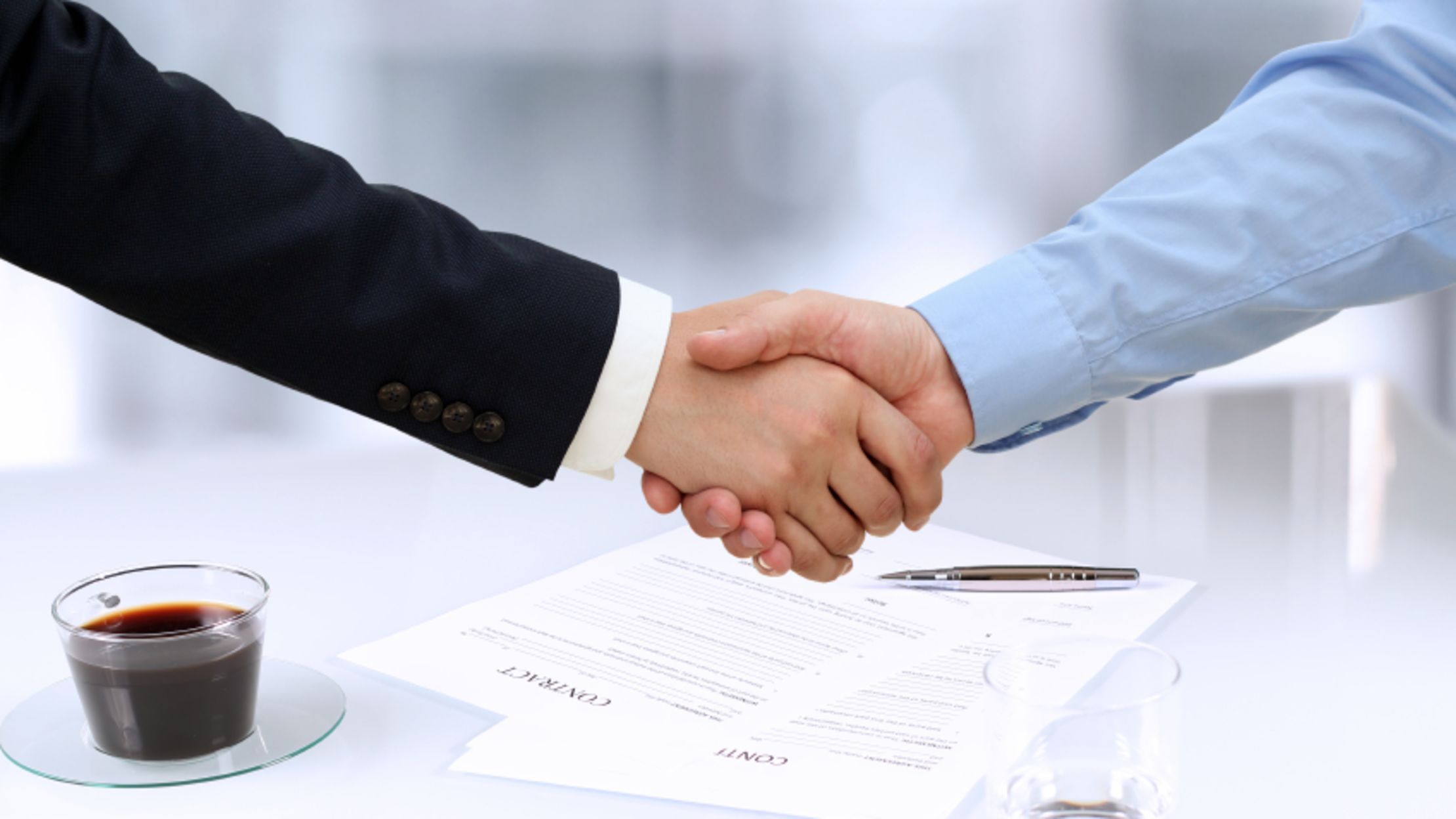 When you’re born in a city called Belo Horizonte, or “beautiful horizon,” it’s likely that you have a bit of the artistic in you. Sunsets in this south-eastern Brazilian city are legendary- crimson slashes of red set against lush green mountains. Chef Mario Cassini remembers the landscape of his home town as fondly as he recalls the mouth-watering aromas emanating from the kitchen of his extended family’s home.

Belo Horizonte, in the state of Minas Gerais (meaning general mine) is known throughout Brazil for its flavourful cuisine. Just as the state owes its name to the rich reserve of minerals such as gold, diamonds and quartz, the area’s culinary traditions owes its diversity in large part to the miners who arrived there in the eighteenth century. It’s said that the culinary secrets that make the food there so wonderful, are quietly passed down from generation to generation, like a piece of heirloom jewellery containing a diamond from the surrounding mountains. For Mario, that gift was passed down to him from the skilled hands of his Aunt Maria and Grandfather Bernadino.

“Sometimes I’d be in bed and I could smell that my aunt was cooking next door. I used to get up and go watch her cook. She’d blend beans for soup or the dishes she’d make- and she’d hold me up to see the beans in the blender pureeing,” recalls Mario. His grandfather was Portuguese, and made a cod fish dish in the traditional style of the Mediterranean- with layers of potato, fish, onions and pepper known as Bacalaho Gomes da Sa. “I was about four years old,” says Mario “and I remember my grandfather would get a whole salted cod, cook it- and then I’d help de-bone it. We’d peel the skin off the cod and take our time taking out the bones. It was a lot of fun for a kid.”

The cultural and culinary imprints left behind by Portuguese colonials, African slaves, the country’s indigenous peoples and the many others who arrived later, are what makes Brazilian food so unique. Take for example the Brazilian party staple- pasteis. A cross between a Chinese spring roll and an Indian Samosa, the pasteis’ crust resembles that of a spring roll, and the fillings are samosa-like. But that’s where the similarities end because they use local ingredients such as cachaça (Brazilian sugar cane rum) in the dough and hearts of palm in the filling.

When Mario arrived in Canada at the age of 24, he was a young man in search of opportunity. “I wanted to see how the other side of the world lived- to see the lifestyle first hand for myself. I was frustrated with Brazil, with the country’s instability. I was young and had no dreams. I lacked hope and vision.” says Mario. “I was working for the equivalent of the TTC in Brazil on traffic control, routes, trouble-shooting and customer service. We’d go somewhere and need a police escort to get out- because the people in a neighbourhood weren’t happy about a strike or the service. I knew I had to go. Once I got here I thought, ‘you know what? This is it!’” recalls Mario.

Once here, he’d cook up his legendary feijoada– braised meat and black bean stew for his new Canadian friends to rave reviews, which got him thinking about going to cooking school. He went back to Brazil to apply for his landed immigrant papers and three and a half years later returned as an immigrant, enrolling in the culinary program at George Brown College in Toronto. “I was 28 years old when I went to George Brown. I knew I had to do something. I worked in construction here in Canada and I hated it. The conditions, the people- it just wasn’t for me,” says Mario.

Many of Mario’s friends and family advised him against a culinary career, some even tried to get him to change his mind. “Yes, it’s a hot, dirty place sometimes. You deal with big egos, and the pressure to deliver is very real,” admits Mario, “but I’ve survived so far!” Ever since he was a little boy, even through adolescence, Mario’s survival skills led him to the kitchen. Mario always knew that given the opportunity, he would own his own restaurant showcasing the food of his native land and share that with Canadians. Three years ago, the opportunity presented itself in the form of Toronto’s Caju restaurant. He’s proud and passionate about Brazilian cooking, the complexity associated with building the right balance of flavours and the different histories behind each dish.

Snack ThiefsOne the stories Mario most fondly remembers related to a particular dish takes him back to his childhood. At every family gathering, big bowls brimming with freshly fried pasteis would be prepared for the guests to nibble on with cocktails. Mario recalls grating the cheese and stretching out the dough in preparation of one his favourite party foods. His mum would stash the heaping bowls out of the way until everyone arrived, but Mario and one of his brothers had different plans. While Mario distracted his mother, his brother would snag some pasteis from their resting place without anyone knowing. Later on, the accomplices would meet to divvy up the loot, gleefully snacking on their forbidden fruits. Mario makes some of his home state’s dishes with flair and offers these three flavourful recipes for your next party or gathering. And best of all- with Mario’s recipes in hand- you can make enough to thrill your guests – and keep your own secret stash!