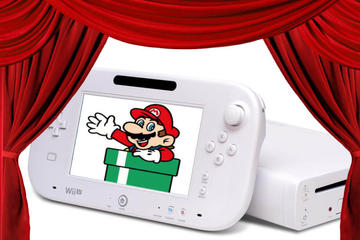 The Nintendo Wii will be available for the holidays, hitting store shelves November 19 with a price tag of $249.99 U.S.

At a press conference in New York yesterday, Nintendo of America president Reggie Fils-Aime said Nintendo's goal is to sell four million units before the end of 2006, keeping a constant flow to minimize stores running out of stock, something Xbox didn't manage to do.

Although Nintendo's biggest goal with the Wii seems to be to attract more non-gamers to gaming, the system is going to have something for everyone.

At a press conference in Japan, also held yesterday, 104 different titles were showcased.

"The widest range of launch titles ever," said Fils-Aime.

For the older crowd, the Internet connected Wii will be able to download classic NES, SNES and N64 console games.

The games can be downloaded by spending Wii points, which can be obtained online or by purchasing a 2000 Wii point card for 20 dollars at a retail outlet.

The Wii will also has features meant to act as a "pied piper" to get non-gamers playing the games.

There's also the ability to view photos off an SD card, along with getting headline news, weather and a web browser on your TV screen through the Wii.

act out the game, whether it be throwing a bowling ball or firing a bow and arrow.

The Wii will be going head-to-head with Sony's PlayStation 3 for the holiday season, but being less than half of PS3's price tag, it's clear which system will be bringing more new gamers on board.