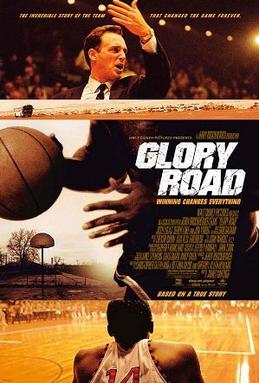 Recently Lance Stephenson, a highly touted guard/forward out of Brooklyn, committed to play basketball for the University of Cincinnati for the 2009-10 season. (1) Another highly touted guard/forward out of Oklahoma City, Xavier Henry, recently re-emphasized his commitment to play basketball at Kansas University for the 2009-10 season. (2) Both players are expected to have an immediate impact on their respective teams. Cincinnati should become a contender in the Big East Conference next season after being an also-ran the past several years. Kansas, favored to win the national title next season, may have added the final piece to the championship puzzle.

In a world that actually let kids decide what they want to be when they grow up, neither of these kids would be going to college next year.

There are very few barriers to freedom for the new adult. Unless you want to run for President (3) or legally drink an alcoholic beverage (4) once you turn eighteen the world is yours to do what you want. If you’re exceptionally talented in a chosen field and mature enough to handle the responsibility to go with it you should be able to pursue opportunities in that field. However, some people in the NCAA continue to hold on to the antiquated Bubsy Berkeley idea of the “student-athlete” complete with the letterman’s sweater and alumni dressed to the nines in fur coats during crisp late fall days at the stadium. Since the NBA won’t let these kids in unless they’re nineteen (5) these kids have to play along like they’re happy to be in college for a year when they could making millions of dollars doing the same thing.

OK, not every kid will make it to the NBA at nineteen. Not every rock star will have their debut records go platinum or even gold. But can you imagine some A&R; rep telling Miley Cyrus or the Jonas Brothers that they wouldn’t be able to make any money for their first CD? Can you further imagine those acts’ reactions when the same rep, oozing hair gel and hipster duds, tells them that the record company will reap all the profits when those same CDs achieve triple platinum status? Lastly, can you imagine the shock and horror on Disney execs’ faces when the language that spews forth from their clean-cut superstars as they express derision at the label?

Seriously, who is the NBA kidding? Let these kids go. They might screw up but they’re adults. Aren’t they?

2019-09-02
Previous Post: What You Need to Know About Formula Advertising: Marketing of Breast Milk Substitutes Can Undermine Breastfeeding
Next Post: Cycling: Some Terms and Expressions Not Lost in Translation